Enabling Work From Home (WFH) Initiatives For Leading Health Care Companies.
Join Them Today! Get Up & Running in Less Than 1 Hour!

The baby boomers are going to radically change how hospice and home care for the elderly is practiced and paid for, we just aren’t sure of everything that those changes will involve. Let’s take a closer look at the contributing factors to this shift in healthcare services, spending, financial aid, and demand.

Who are the Baby Boomers?

Baby boomers define the era of general prosperity and boom of births following World War II, between 1946 and 1964. There are currently about 70 million people in this category, a significantly high population when compared to other age groups. In fact, the boomers still make up the second largest age group in America, after the Millennial generation.

In essence, these are people who are currently between the ages of 57 and 75. They have either retired or are due to retire within the next decade. This large group of people is going to need long-term home care or hospice care within the next few years and will have a massive impact on Medicare and Social Security.

How do Aging Baby Boomers Impact the Healthcare System?

Combined – the greater amount of seniors and seniors who are living longer – will cause the demand for home care and hospice services to skyrocket in the near future. Conservative estimates expect the aging baby boomer generation to push the demand up an astonishing 75%. In other words, the number of people over the age of 65 needing long-term support services is set to rise from about 1.3 million in 2010 to over 2.3 million by the year 2030.

As the number of older adults booms, so too will the number of patients effected by Alzheimer’s disease. Without any medical breakthrough, those living with Alzheimer’s could triple to 14 million by 2050. This means that there will be an additional 14 million elderly people who will require home care or hospice services.

How do Baby Boomers Pay for Assisted Living and Nursing Home Care?

Despite the trends noted above, both government and private healthcare entities are falling short of meeting the burgeoning demand for long-term care. The result is increasing costs for elderly care and lengthy waiting lists for the limited spaces available. In fact, paying for assisted living and nursing home services has become increasingly difficult and unaffordable for many. Financial assistance options are limited:

Medicare is a federal health insurance program that provides benefits to millions of Americans over the age of 65 and younger patients who have Social Security Disability Insurance (SSDI).

However, Medicare does not cover long-term care or custodial care, if that’s the only care someone needs. Medicare coverage only include:

Clearly, while Medicare is a good initiative, the services covered are narrow. They leave out millions of American baby boomers who need home care and/or hospice care.

Medicaid is America’s largest publicly funded provider of long-term service and support. The program is administered by states required to comply with established federal standards. Financing comes from both federal and state governments. Its main purpose is to help people with low income and assets to pay some, or all, of their medical bills. Coverage includes:

Unlike Medicare, Medicaid covers custodial care as long as it’s provided within a nursing facility.

However, one of the biggest drawbacks of Medicaid is that to qualify for long-term care services, one must have income and assets below the levels set by your state. The complex financial requirements for Medicaid eligibility vary from state to state, change over time, and are calculated differently for married couples. In 2021, the average eligibility maximum is $2,300 in monthly income and $2,000 in countable assets for an individual. Essentially, if a senior’s monthly income or total assets exceed these set amounts, then they are not eligible for Medicaid.

Once again, this shuts out millions of older Americans, especially those in the middle class that don’t qualify for Medicaid and can’t afford out-of-pocket expenses for self-funded home care. The program is also biased towards institutional care – facilities like nursing homes – despite the proven savings made when Medicaid dollars are spent on community-based and home support services.

Today, states are seeing an increase in Medicaid spending. As more and more aging boomers find no other viable financial options to access long-term care, the number of patients working to meet these eligibility requirements is likely to continue to go up.

As you can see, the future of healthcare financing and care options for seniors is uncertain. On a positive note, the shortcomings in the supply of senior care and nursing home services and the growing demand represents a great business opportunity. According to one report, the annual spend on home care and hospice in 2019 reach a record-breaking $113.5 billion. And this number continues to rise at an average rate of 5% year over year.

Related article: How Assisted Living Facilities May be the Solution Nursing Home Reform.

PatientCalls has been a leader in the medical answering service field for over 18 years providing top-rated answering services. We help hospice and home care agencies of all sizes to optimize the time and communications of their doctors, nurses, medical professional, and administrative staff.  Call PatientCalls today and ask for more information regarding our risk-free trial and custom flat-rate monthly price plans.

Jordan has more than seven years of experience working for PatientCalls and a strong background in the healthcare answering service industry. He designs directive plans to fit the unique structure and activities of healthcare organizations, while ensuring that communications are efficient, compliant with HIPAA privacy and security regulations, and support optimal patient care. 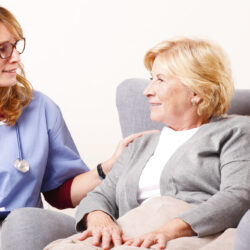 January 31, 2023
What Your Patients Don’t Know about Hospice Care

January 17, 2023
Why Access to After-Hours Medical Care Is So Vital 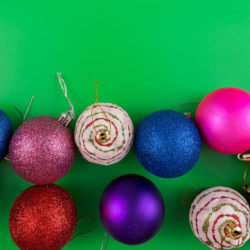